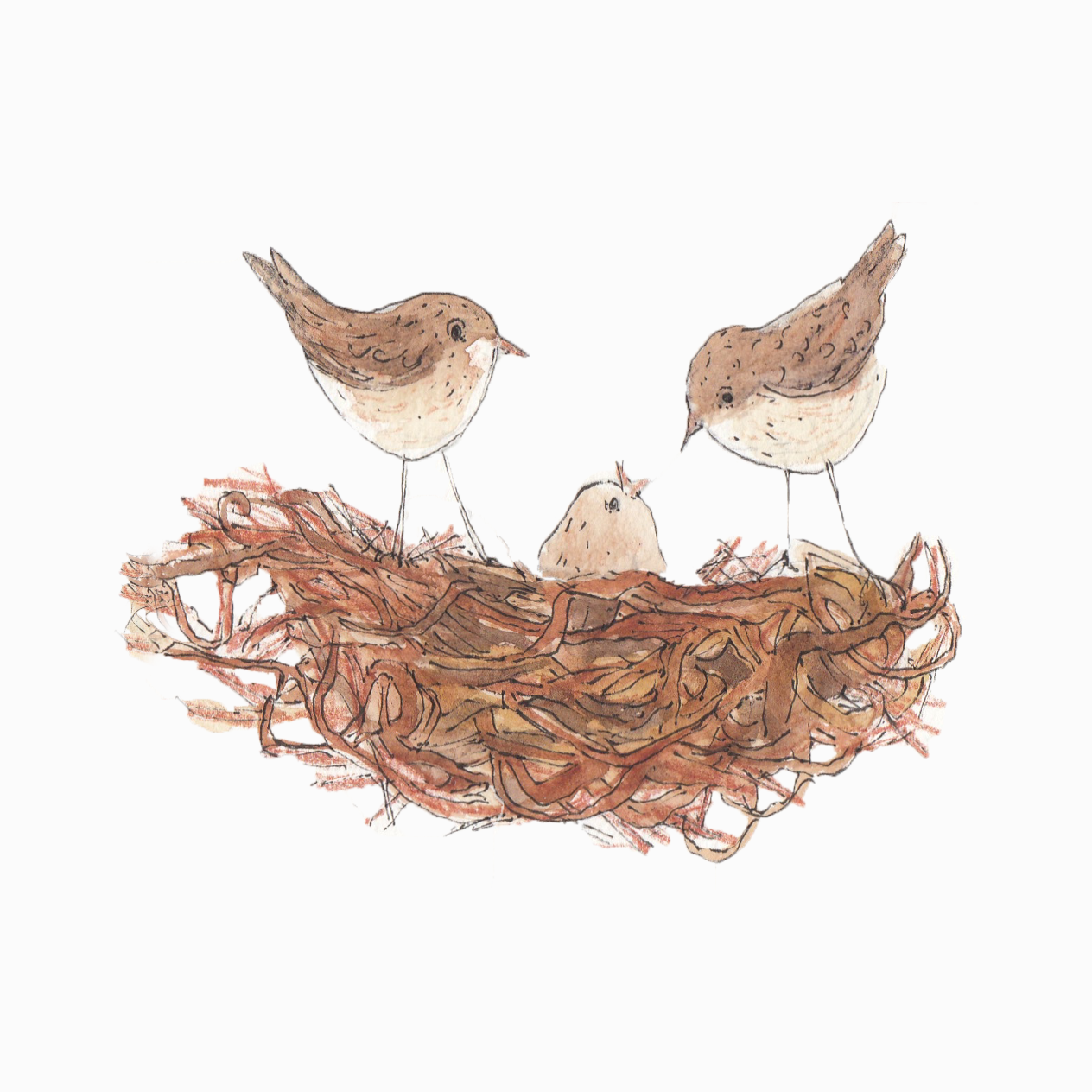 I’m Mrs Reed Warbler. Me and my wife (The Other Mrs Reed Warbler) adopted Little Chick in 2018. He is now four and has recently started school. We share our home with our two dogs and enjoy being outdoors.

I primarily use online pseudonyms to protect our child. Anonymously blogging and commenting also makes it easier for me to be honest and open about my own experiences and opinions (but it does not give me license to ignore or attack the voices of others). You can follow our journey on the blog, on Instagram or Twitter

We live in Derbyshire, amongst its rolling hills and deep valleys. It is a glorious place to live, though we do wish we were closer to the seaside.

Did you read any adoption stories before you started? If so where? (e.g. blog, Instagram, books)

We read as much as we could while we were being approved and then waiting to be matched. Since everything felt quite detached and theoretical at that stage, we found that books by adopters were the most useful.

Sally Donovan’s books – No Matter What and The Unofficial Guide to Adoptive Parenting – were amongst the easiest to read and share. Sarah Naish’s books helped us better understand therapeutic parenting and But He Looks So Normal!: A Bad-Tempered Parenting Guide for Adopters and Foster Parents made me laugh out loud.

We also researched conditions or topics that were mentioned in the training, such as attachment, trauma, and FASD (Foetal alcohol spectrum disorder). These helped us better understand the needs of adopted children and consider what we had to offer children.

Twitter was – and is – a valuable tool for connecting with other adopters and adoptees, but there are security issues to consider. I regularly reassess if I should be using social media as an adopter (even anonymously) and sometimes take a short break.

That I wouldn’t be good enough. That he wouldn’t like me. That I would get everything wrong. Once I realised that this was less about me and more about him, I relaxed. And when I relaxed, I was able to parent therapeutically. I became good enough. He does (mostly) like me. I still get lots of things wrong but that’s just parenting.

It took us over four years, but we know that this is not typical. We first considered adoption in December 2013 and registered our interest with Derbyshire County Council the following month. We took a little longer than normal to be approved, taking almost a year (instead of the six months they thought it would be). We were approved in December 2014. Little Chick came to live with us in February 2018, after three (and a bit) years of family finding.

We were approved for children (but a number was not specified) of any age. Initially we thought we might be a good match for a single preschool boy. Once approved we were more open to who we might be a good match for and considered siblings and older children. Ultimately, we were matched with a single preschool boy, but I think it was important for us to consider what we had to offer children and remember that adoption is about finding a family for children not children for a family.

Once we were approved, we promised Derbyshire that we would wait at least three months for a match ‘in house’. We realised that there were advantages of being matched through our local authority, including continuity, geographical closeness, and ongoing support. When we weren’t matched within six months we began working with other authorities (both local and voluntary). Neighbouring agencies attended family finding events hosted by Derbyshire so we began seeing children from beyond our county.

Our biggest resource was Link Maker, the online matching website. We didn’t limit our criteria much and we considered a wide geographical radius so we saw lots of profiles. Over time we updated and expanded the information about us, including more photos, an A4 overview sheet that gave family finders all our details, and even a video. We made dozens of good links but none of these progressed to matching.

We also attended Adoption Activity Days, which some people (particularly the media) call adoption parties. These were a valuable experience for us (though the first one was overwhelming) and a good reminder that the children (and us) are more than just words on a page. Meeting and playing with children was great and made us rethink what we could cope with and what we had to offer. We made strong links through these, but, ultimately, they weren’t the right matches.

We saw Little Chick’s profile at a Derbyshire family finding event. Although we had seen literally dozens of profiles and pictures, I knew we would become his parents. I can’t explain it but it was a completely different sensation and experience to every other profile.

Often, we felt that we had no control in the process so we focused on what we could control. We prepared our home for children. We prepared ourselves for children – physically by getting fitter and losing weight; mentally by reading more and continuing to attend training; emotionally by practising self-care.

We took several holidays, each one billed as the last before children. We enjoyed the time as a couple. With hindsight, I’m glad we waited for the right match, but it was blooming hard during it.

We have only recently needed to ask for additional help and have requested Non-Violence Resistance (NVR) training. Our son becomes physically violent when he is extremely stressed and especially in periods of change so we want to know how to keep him (and us) safe. Our initial phone call was encouraging but we’re still waiting for follow up support and action.

What has been your best memory since your child(ren) came home?

Just a few months after Little Chick came to live with us, we had a weekend away at Butlin’s. It was probably too soon for a break but we risked it anyway. I’m so glad we did. When he was playing in the water park his stress just fell away. His posture changed, his giggles multiplied, and he looked genuinely happy for the first time. It was pure unbridled joy. We realised that everything up to then had been him in survival mode but this was the real deal, the genuine article. We had our first glimpse of the gorgeous boy we know and love more each day.

Something I overlooked was the voices of adult adoptees. Since they had been adopted at a time when children were relinquished, often by single mothers, I didn’t draw immediate parallels to today’s system, where neglect is often a primary reason for being taken into care. But the trauma they experience of being removed from the birth family, even at birth, is the same then and now.

We need to give adoptee voices more time and credit, because one day these will  be our children speaking out. I certainly want my little boy to feel he is heard.