Jamie Oliver has never been one to shy away from a debate. His honesty about issues involving the nation’s health and relationship with food has brought him as many supporters as it has haters. I think most would agree that when it comes to fighting the corner for things like healthier school meals and less sugar in drinks, Mr Oliver is more than qualified to comment. Not so sure about the appropriateness of making such generalised comments about breast feeding though.

Don’t get me wrong, I think making it easier for women to breastfeed whenever they need to is absolutely right. As is raising awareness of the benefits to both baby and mum and giving woman an informed choice. What his comments and most others about the whole breast is best campaign fail to take into account though, is the fact that not all mother’s have a choice. Breast feeding was not a choice that I had.

Being able to pro-create and provide food for your child is what women have done since time began. Not being able to do it is hard to come to terms with. For a while it made me feel like I wasn’t a proper woman. I am a proper woman though and I am a mother. I make the best choices that I can for the welfare of my daughter so that she grows up healthy and happy.

Being told by someone who has just announced he’s expecting his 5th child with his wife that my daughter is at risk of obesity, stunting and other health issues because she wasn’t breast fed is very hard to digest. I had absolutely no control over the issue of how she was fed as a new born.

I don’t doubt that research shows that breast fed children are less likely to have problems with obesity when they are older. Or that because I haven’t breastfed I am 50% more likely to get breast cancer than someone who has. It’s not the facts I have a problem with.

My problem lies in the way that this issue is seen as being so black or white. That women either choose to breast or bottle feed and if you do bottle feed, you are not doing the best for your child.

Some woman simply can’t breast feed because their bodies won’t let them. For some it just doesn’t work as it should meaning baby isn’t getting enough food. That doesn’t make them any less of a woman or a bad parent. By the time I met my daughter she was 9 months old and eating proper food having been in foster care since the day after she was born.

I’m sure that Jamie Oliver’s comments were made with the best of intentions. I’d also like to think that midwives and health visitors up and down the United Kingdom don’t intend to make mums to be and new mums feel like complete and utter failures with their sometimes cutting and harsh comments about bottle feeding.

The fact is though that their comments do hurt. So please Jamie Oliver, or anyone else who wants to wade into the breastfeeding debate, think carefully about what you say and bear in mind that for some, it simply isn’t a choice. 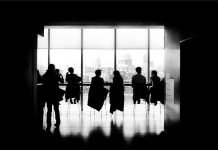 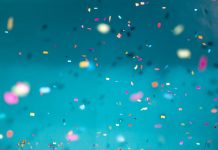 Celebrating being a mummy