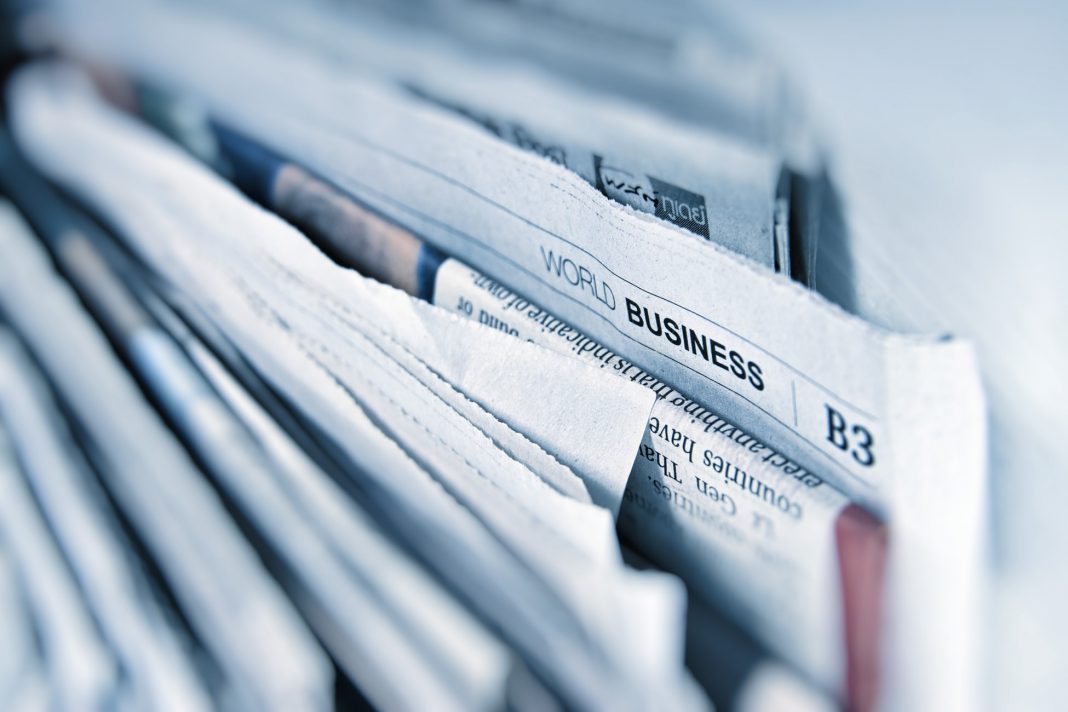 Forced adoption is a term that makes the hairs on the back of my neck stand up. It’s a term that’s been developed by the media to describe adoptions in England and Wales where birth parents don’t agree to the local authority’s care plan for adoption.

Media coverage
The topic has been sensationalised to portray local authorities as uncaring, ruthless and just interested in splitting families up. This article recently published in the Guardian sums it up. The article isn’t based on fact. It’s based on opinion. It portrays the English adoption system as one which steals children from parents and places them with strangers.

I’m sure the lady featured in the article is giving an honest account from what she can recollect. Her children were removed over 10 years ago and there is little or no detail about her circumstances. It’s understandable that she doesn’t want to go into a lot of detail. I’m sure it’s a hideously painful memory for her. I can’t begin to imagine how any parent feels when they’re told their child isn’t coming home, whatever the circumstances.

My issue with the article is not her story. It is the way it is reported. The reporter makes no attempt to write a balanced article. It is a headline grabbing story that gives a very one sided view of English adoption. There is no explanation of the process a local authority has to go through to get a court to make a care order with a plan for adoption. Adoption has to be sanctioned by a court.

There are always 2 sides to every story. The side the media often choose not to portray is the one where children are physically or sexually abused by their parents or are living in conditions of hideous neglect. Clearly, there is no detail in the Guardian article, or it’s follow up about the circumstances that lead to a child being removed from their parents care. The follow up article is more balanced, but still doesn’t give an accurate picture.

Forced adoption isn’t a topic I had intended to write about. However, a comment about it left on one of my social media pages following my blog about sibling contact sibling, really got to me. The blog is about how we feel let down because the local authority haven’t done what they said they would in terms of contact with our daughter’s youngest sibling. The person who commented said that banning forced adoption was a better way of dealing with the problem in the first place. Without knowing anything about our daughter’s history, the person’s view is she shouldn’t be adopted. That would mean she could have contact with her siblings.

I was disappointed that someone who knew nothing about our daughter felt it was appropriate, firstly to assume that hers was a “forced adoption” and secondly that it was an appropriate comment to make. There were many things I wanted to say in response, but in the end I said nothing. I decided that the best way of responding is to try and educate and explain the process.

Court Proceedings
There is no such thing as “forced adoption” in law. If birth parents don’t agree with the plan as to where their child should live throughout their childhood, it is a contested adoption.

It’s similar situation when someone is arrested and charged with an offence and deny that they carried it out. It would be a non-sense if all you had to do is deny you carried out an offence and that would be the end of it. A court decides whether someone is guilty of committing the offence after they’ve heard and considered all of the evidence.

It is the same type of process when a local authority believes that a child is at risk of, or is suffering, serious harm due to the care being given to them by their parents. The local authority have to put all of their evidence before a court for it to decide whether the child is at risk of suffering serious harm. They have to do that for the child to be removed initially if parents don’t agree, and then for a final order to be made. Even if parents initially agree to the child being taken into care, they can’t be adopted without the court’s approval.

The court process doesn’t happen overnight. Ideally, the proceedings should conclude within 26 weeks of them being issued at court. A child may have been in care for some time before that if parents agree.

Those who feel “forced adoption” should be abolished from the English legal system criticise the fact that there is no statutory definition of what serious harm is. I worked in family courts for over 10 years and couldn’t disagree more with that view. To me it shows the complete lack of understanding those who have jumped on the band wagon of sensationalising the term “forced adoption” have of care proceedings.

Serious Harm
It is impossible to define exactly what serious harm is because it depends on the circumstances of each individual case. People act in different ways. They react to situations differently.

A person who has used heroin once while they had their baby in their care, immediately realised it was completely unacceptable behaviour, sought help and ensured it never happened again, is unlikely to be at risk of causing their child significant harm.

Someone who has a history of drug misuse, has previous convictions for drug related offences and whose eldest child suffered injuries whilst in their care due to drug use, is likely to be placing their new baby at risk of serious harm if they use drugs once whilst the baby is in their care.

Birth parents are offered a lot of help and support to put right where they’ve gone wrong with their parenting. Assessments are done to look at the causes of the problems and what needs to change. If needs be, courses are available for parents to improve their parenting skills. Contact sessions are arranged so that the bond between parent and child isn’t broken.

As with all things, some local authorities are better than others. Some social workers are better than others at identifying what help and support is needed by a particular family. If the court feels that a piece of work is needed, it can direct that it is done. An independent reviewing officer is appointed as an impartial professional to ensure that everything is done that needs to be. The child is represented by a Children’s Guardian who is their voice in the court room. The Guardian’s role is to make sure that everyone has the child’s best interests as the paramount consideration.

Lack of engagement
Unfortunately, the sad truth is that a lot of parents don’t engage with the process. They don’t turn up for assessment appointments. I’ll take an educated guess and say that’s what happened with the mum in the first Guardian article. Attendance at contact sessions becomes less and less frequent. They don’t keep in touch with the social worker or their solicitor. Unfortunately they often continue to use drugs or alcohol or associate with people who are a risk.

This is likely to lead a court to conclude that the parents are unable to provide good enough parenting. That in turn means that the child is likely to suffer significant harm. That harm is due to the parenting they would be given if they lived with their parents. The child’s welfare is the court’s paramount consideration. It has to be satisfied that the level of parenting is good enough. Every child deserves that so that they can grow and reach their potential.

The starting point is for a local authority to look to place a child with their wider birth family if they can’t go to parents. Assessment of any suitable family members are done as soon as possible. It’s only where these are not positive that a placement outside the birth family is sought.

Scrutinising the evidence
One case sticks in my mind because it happened when we were thinking about fostering to adopt. Baby had been placed from birth with foster carers who were also approved to adopt. Mum’s history meant that the local authority felt there was too much of a risk if baby lived with her. She agreed to baby being in care following it’s birth. At the final hearing, mum contested the local authority’s care plan for adoption. The Guardian and the court disagreed that the evidence showed that mum still remained a risk. The care order with a plan for adoption wasn’t granted. After further work, baby went to live with mum who had completely turned her life around. In the end a supervision order was made to support mum and her child.

If the media are to be believed, stories like that don’t happen. Once a local authority has a plan for adoption, that is it. Child is adopted, end of story.

The granting of a care order with a plan for adoption following a contested hearing is something which courts don’t do lightly. They consider the evidence very carefully and are acutely aware of the implications for everyone if they conclude it isn’t safe for a child to live with it’s birth family throughout their childhood. It’s a decision which is often made with a heavy heart.

The system isn’t perfect, but it is constantly being improved. There is no doubt it is a draconian order to grant an adoption order against the wishes of birth parents. What is the alternative though? Placing a child with their birth family who are putting them at risk and can’t provide good enough parenting? Or leave them in foster care for the entirety of their childhood? Long term foster care is the best option for some children, but not for all. Younger children in particular need to be part of a forever family to enable them to thrive and reach their potential.

Contact
Direct contact with the birth family is always considered as part of the court proceedings. That is where siblings meet up on a regular basis. For most children, however, the conclusion is that this wouldn’t give them the best possible chance of forming lasting and strong attachments with their forever family. I don’t think this is explored enough and is an area where improvements can be made.

It seems that whatever a local authority does, it is wrong in the eyes of the media. Leaving a child with unfit parents can have fatal consequences for a child. There are far too many cases where this is the heartbreaking truth. However, when children are placed in care and ultimately adopted because of the level of risk, that is wrong too.

Of course the media should report about newsworthy cases. We live in a democracy and freedom of speech is a key part of that. My point is, make sure what is reported is accurate and gives a balanced view.

The worst part about how “forced adoption” is portrayed by media is the impact it can have on adopted children. They are completely innocent in all of this. The decision as to where they live throughout their childhood isn’t theirs to make. Inaccurate reporting of what leads to adoption can give them and their peers the wrong information. It can also give an unrealistic view of what their birth family is like.

In an ideal world, we would all be good enough parents. Unfortunately, the sad reality is a long way from that which means contested adoption is necessary. It is necessary to protect children who are at risk and give them the best chance of reaching their potential.