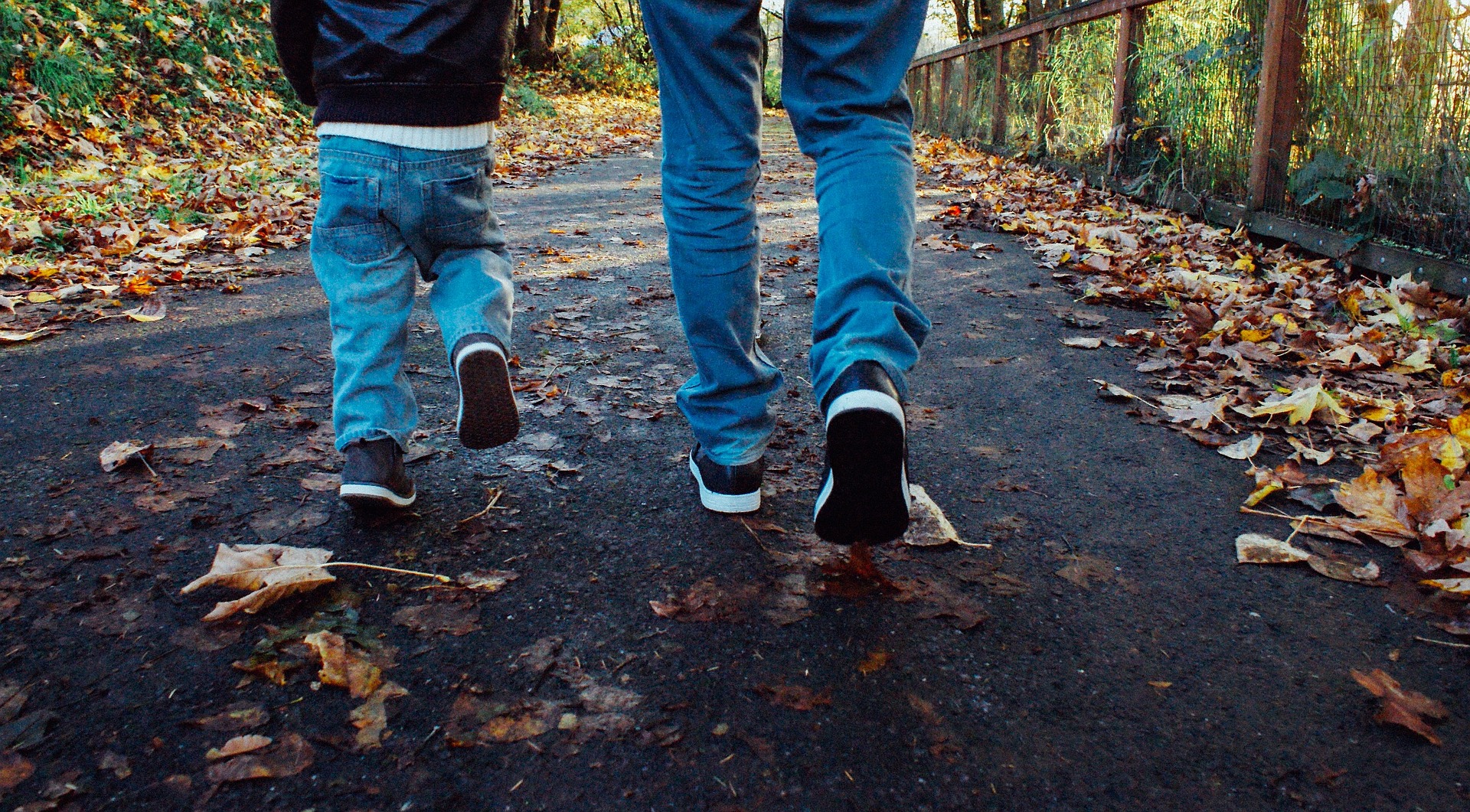 Hi my names Chris and I live with my partner Ricky and our newly adopted five year old little boy. You can follow our journey on Instagram @gay_dad_of_1 or my blog . I’ve also written a book about our journey to meet our son which is available from Amazon.

We love in West London

We went through our local authority at the time this was Greenwich, but we were matched through Coram.

Did you read any adoption stories before you started? If so where? (eg blog, Instagram, books)

Whilst going through the process we used social media such as Instagram but really struggled to find anything that showed couples going through the process. We heard about a group called “New Family Social” during the process from another same sex couple. They hold meet ups around the country and luckily for us there was one that happened a five minute drive from us. The group is aimed at LBGTQ+ couples and single adopters.

For us because we decided to move (after being told that our apartment was too small for three of us in Stage One) which was an absolute nightmare and added an extra year or so to the process. We started in October 2015 and our little boy came home in January 2019.

We were approved for a boy aged two through to five years of age. We were matched in that age range.

We were matched with a little boy from our LA. Unfortunately, he wasn’t the boy for us and our LA didn’t really listen to what we were wanting.

The family finding social worker of our little boy reached out to us in September 2018. We fell in love with his profile straight away and responded that we would like to proceed.

Lots of messages that we weren’t included in, were being passed between social workers which was stressful as we couldn’t see anything that was being said or what documents were being shared. A few weeks later our social worker emailed us saying that the child’s social workers would like some more information from us and sent us 10 questions they had asked.

Then the following month they said that they would like to come and see us – this is when I started to feel that things were starting to get real!!

When they came to visit, the family finding social worker (who was the one who had reached out to us) and his social worker as well as our social worker were all there. They talked us through his family and medical history and why he needed to be placed for adoption etc.

They gave us the chance to also ask them questions about him. Then they asked us additional questions, which were more focussed on the 10 they had asked plus things like how we will manage childcare when we both return to work.

Just before the meeting finished his social worker looked around the house and then said that they would think about the information we have given them today and would decide about whether or not to proceed with the match in the next couple of days. We would also need to let them know whether we wanted to proceed as well.

Ricky and I had already made our decision, which was naturally a yes! We informed our social worker the following day, we thought it best to give it a bit of time before announcing our answer.

At the end of the following day our social worker called us to say that we had been matched and that they wanted to proceed with us. We were told that the next step would be what they call a ‘Child Appreciation Day’, where you meet with the agency’s medical advisor, the child’s school team and then the foster carers.

This was a super busy day, we left the foster carers home completely exhausted both emotionally and physically, but it was all completely worth it.

We had the panel in December 2018 and then the introductions started the week after New Year. We spent a week visiting our little boy daily for five days, then he came down and visited us for the same amount of time before he moved in.

Each LA or agency has its own different processes so no two agencies are ever the same.

For us I think it’s completely individual. So just before panel our little boy’s LA went through a complete department staffing shuffle. That meant he ended up with a new social worker, yet his old social worker remained in the frame until moving in day which made things very confusing. But also, we didn’t really get to know her until the first visit she did after he moved in.

The other most difficult thing for me was not realising how lonely and isolating being the stay at home parent is. A lot happened in the first few months where he got quite sick just before starting school, so this delayed our bonding.

But also, when he was at school, I felt super alone. Everyone in my support network who lived close by worked Monday to Friday 9-5. I felt very isolated, so this was very difficult to overcome. I’m now struggling being apart from him now I’m back to work!!

We got some help from his agency to help us deal with his nightmares as I didn’t know how to talk about them with him. Unfortunately, this wasn’t very helpful.

I had also asked his agency for some play therapy to help him work through his emotions, but they said they didn’t feel this was needed. However, his school were very helpful with this and arranged it, so he now gets weekly play therapy in school.

Ricky and I also are working with a psychologist to help us better in terms of helping our little boy through his trauma as more and more things are becoming clearer about what he has been through.

What has been your best memory since your child came home?

Quite simply just being a dad and having our little family complete.

To be honest, nothing can prepare you for the journey, so I probably wouldn’t change anything other than making sure I communicate more with my partner through this.