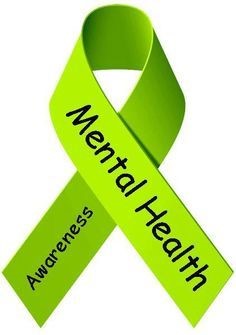 Mental health is still seen as a taboo, despite the battering it’s taken over the last 12 months for most of us. We’re getting better at talking about it, but not good enough. Paternal mental health is talked about even less. I tried to find some statistics about the number of dads who experience mental ill health and I struggled to find any. I think that speaks volumes.

Today’s article explores paternal mental ill health and is written by Chris. He shares his experience of struggling with his mental health as an adoptive dad, and some of the places he’s found help and support. His experience is also a timely reminder of the huge sacrifices a lot of front line workers have made to keep our country going and look after us during this seemingly never-ending pandemic.

I’m really grateful to Chris for sharing his experience because it’s a subject that needs to be talked about. You can follow him on Instagram. If you’d like to read about his adoption journey, his book is available from Amazon

When you hear that sentence, what are your thoughts?

Society has taught us that males are tough and fearless. That boys and men don’t cry. The line of “man up” and showing emotion is a sign of weakness, not forgetting the classic British stiff upper lip. A study by The Priory Group found that 40% of men won’t talk about their mental health. In 2017, 6000 suicides were recorded in the UK. 75% of those were men. Suicide is the largest cause of death in men under the age of 50. Men are also more three times more likely to commit suicide than women (Mental Health Foundation).

As a dad who’s gone through multiple mental health crisis periods in his life, it’s been difficult to accept that I’ve struggled. At times I have accepted that I’ve needed some help which involved going to the GP and getting medication. I’ve struggled with my mental health on and off for 16 or so years (but more frequent episodes over the last six years). And on reflection, just being on medication wasn’t the answer. I’ve found that for conditions like anxiety and depression, (obviously everyone is different) medication works best with some form of talking therapy as well. It’s taken me a long time to figure that out!

Before talking about my current experiences with my mental health related to being dad, here is a bit of background. When our son moved in with us just over two years ago, I took around nine months off work. I’d planned to take the full year I was entitled to, but felt it was right to go back a bit earlier.

During the first year, there were lots of medical dramas. In some ways they overtook the bonding times with our son. Our social worker at the time believed that I may have been dealing with post adoption depression. Returning to work, in a way, was great for me. I was being productive, socialising with other adults, going for the occasional after work drink and getting a break from the house.

But it also put a spanner in the works as my little boy was rejecting me because I was away from him. That took it’s toll on me. I felt so guilty. I probably, no scratch that, I know I hadn’t dealt with the depression, low mood and potential post adoption depression.

However, fast forward to the beginning of the pandemic and I faced my tipping point. I’m a key worker working within the NHS. Back during the initial pandemic, there were concerns about having to travel to and from work on public transport. And of course working in a hospital and the risk that posed.

When lockdown 1.0 hit, my husband was furloughed and our son was at home. But I was still working. My husband then started to panic, especially as the cases were rising and therefore as were the risks involved in my job. This caused him to have asthma attacks.

We decided the safest option for him and our son was for them to move out of the family home and to move in with his parents who are close by to us. This meant my husband ended up being a full-time dad, teacher, and child counsellor. My son wondered whether his dad was going to die after hearing on the news that doctors and nurses were dying from coronavirus (he knows that I work in a hospital).

We were separated for 10 weeks, during which time I saw them on three occasions from a distance. We were reunited June, with me moving in with them. Then in September we all moved back home after our house renovations were completed. This has all had a huge impact on my little boys’ behaviour and his wellbeing. Before COVID, he was becoming more independent and able to be in a room on his own without myself or my husband being in his eyesight.

He’s since regressed a lot. He needs one or both of us to be in the same room as him or at the very least, where he can see us. He’s constantly looking for reassurance and wanting to let us know that he’s around. Returning to school has also been difficult for him as well. He’s not wanted to leave us, telling us he worries that he will be moving to a new family.

I felt completely to blame for this. Friends and family and other professionals that are involved with us, have all said it’s not my fault. But it was my job that caused this. My job made my family feel unsafe. The decision we took to temporarily separate, as well as the changes in our son’s environment, caused him a lot more trauma and behavioural regression.

I felt that if I wasn’t in my job, my family wouldn’t have gone through this stress and anxiety of being separated. And my son wouldn’t have worried if his dad was going to die. Nor would he have potentially been so traumatised causing his behaviour to regress further.

The guilt I’ve felt has been huge. That coupled with other negative thought processes that I’ve been having was probably the trigger for my most recent dark mental health crisis period. My thought process went completely dark. I stopped eating. They were very dark times indeed. Eventually things got too scary and I knew I had to reach out and take control. Initially I contacted my GP to get signed off work and start medication. Then, finally, I opened up to my husband and family. Fast forward to now and things are much better. Treatment is starting to work. I’ve returned to work and am more open about how I’m feeling.

There have been a number of places that I’ve found support from outside of my circle of family and friends. Firstly, I’ve had a lot of support from the online adoption community especially those on Instagram. The Insta adoption community (#ukadoptioncommunity) is amazing and such an open place. I’ve also found a number of Instagram accounts focused on men’s mental health, providing support for guys going through mental health issues. I’ve listed a number of resources and Instagram handles below. I also recently bought the 6-minute journal which has really helped. You can buy it on Amazon or via Instagram.

@dadafofficial also has a free app which is amazing so I’d urge you to check it out as it’s hugely supportive. There’s different forums, not just mental health. There’s fitness, fashion and grooming, parenting as well as local chat groups for different areas of the country.

Dad’s mental health needs to be spoken about. Us dads are getting better at talking about it, but it’s still a struggle. For me the ‘shame’ was internal. And it stems back to pressure from our society. But it’s good to see changes happening and the stigma of men’s mental health slowly disappearing. I hope you find the resources I’ve suggested helpful. My DM’s are always open to anyone struggling.