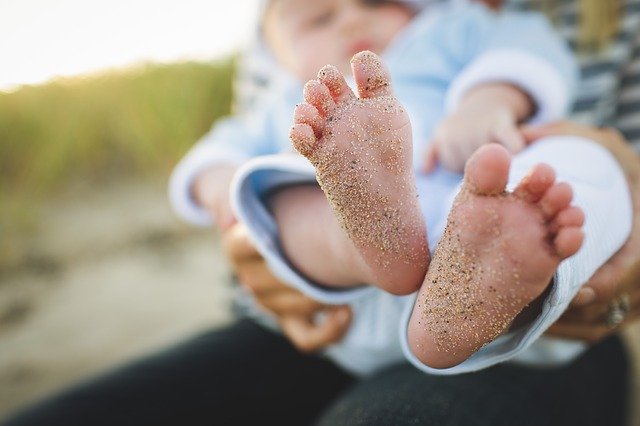 This week’s interview is with Keri who shares her journey to meet her son. You can follow her on Instagram and also @astory_uk. A Story on my Lap is a community organisation set up by Keri. It works to improve life chances for Looked After children by encouraging a love of stories.

My name is Keri, and my husband and I adopted our son J in January 2018 when he had just turned a year old. I also have a stepson, R, who is with us half the time and who I’ve loved from the moment I first laid eyes on him at two years old.

We adopted through our Local Authority, Kent County Council.

Did you read any adoption stories before you started? If so where?

I didn’t read up too much on stories when we first started. We looked at the process and decided we wanted to proceed with adoption rather than IVF. Once we started, I read a lot around the topic. My favourite book was ‘How I Met My Son’ by Rosalind Powell. She didn’t ignore the difficulties of the process or parenting an adopted child, but her love for him really shone through.

I followed a couple of Instagram accounts, although there didn’t seem to be as many back then. I also spent a lot of time on the Mumsnet adoption board.

As ridiculous as it sounds, I was so worried our adopted child wouldn’t visually ‘fit in’ to our family and that people would treat him differently because of it. With hindsight, I focused on this because it took my mind off the much scarier worries going through my head about how difficult it could be and if we were up to the job.

As it worked out, my son is my double and if you got him in a room with our wider family, you wouldn’t be able to pick him out as an adopted child. My hidden worries turned out not to matter so much either . It’s still relatively early days. Our son can be challenging at times, but he’s also funny, intelligent and charming and as well as his brother, is my favourite person to ever spend time with.

How long did the process take from the point of deciding you wanted to adopt to your child coming home?

We decided in early January 2017 that we’d look into adoption, and went to our Local Authority’s information evening on 10th January 2017. We were approved as adopters in October, linked with our son in November, formally matched with him December and started introductions in the New Year. He moved home on 10th January 2018, a year to the day since we started the journey.

We were approved for one child up to the age of three, with a preference for an under two years old. I felt a lot of guilt about this. That we just wanted a ‘perfect baby’ when there were older children we could give a loving home to. I’ve struggled with this in the past but I think I’ve come to terms with it now. I know so many of those children were waiting on the perfect parents for them, and that wasn’t us.

I remember seeing a profile quite early on of a beautiful little boy who was three years old. It was so disheartening that he was above our age preference and would be starting school whilst I was still on adoption leave. That was something I really didn’t want to do – my son has been with us for two years and still has another year and a half before he starts school.

I spoke at my LA information evening last year and met another adopter, who turned out to be the father of that same little boy. Seeing him belong to such a loving family really helped overcome that guilt.

We saw our son’s early profile before his placement order was granted, so he was just ‘Baby J’ with a few sentences and no photo. We knew from that moment he was meant to be ours. There were a few hurdles along the way (he was already matched with another family but this fell through during introductions) but I couldn’t take my mind off of hm.

A week after we were approved as adopters, we were sent a profile of a baby boy and we just didn’t feel a spark, or anything really. It was hard, but we had to say no. A few weeks later we were told that J’s match had fallen through and that his Social Worker wanted to meet with us.

Throughout the adoption process, the most difficult part really is ruling out children that you don’t think you’re right for. It’s heart-breaking because you come to adoption for a reason. For us it was because we wanted to give a child a home. Seeing these beautiful children who’d already been through so much and saying “no, we can’t be their parents” was awful.

My son was going through a bit of a difficult time with some control issues last summer. I was lucky enough to get support from our LA post-adoption team. They really are fantastic. We also got support from our Health Visitor. She made sure she was the one to come and see us rather than just any old HV allocated to our call.

They both gave me some really good advice on how to let him have control of certain situations. Those that we can’t, to gently guide him through. So if he HAS to walk up the steps before me, that’s fine. He doesn’t try to take control when he is playing with children. It’s just with me and his dad. So we let him when we can and help him when we can’t

What has been your best memory since your child came home?

I honestly have too many to count! That first summer was the dream though. By the time the weather got warm he was well and truly settled. I was still on leave from work, and we spent most of our time at the seaside or playing in parks. We had his celebration hearing once his Adoption Order was granted. We also did a few short trips with friends and family, and just had the best time together. But also, he just gets better with age. I’m really enjoying him being three, having conversations with him, reading books together and him telling me he loves me.

It will all be worth it in the end. Any bumps or delays along the way will put you on the right path to your child. Just go with it!