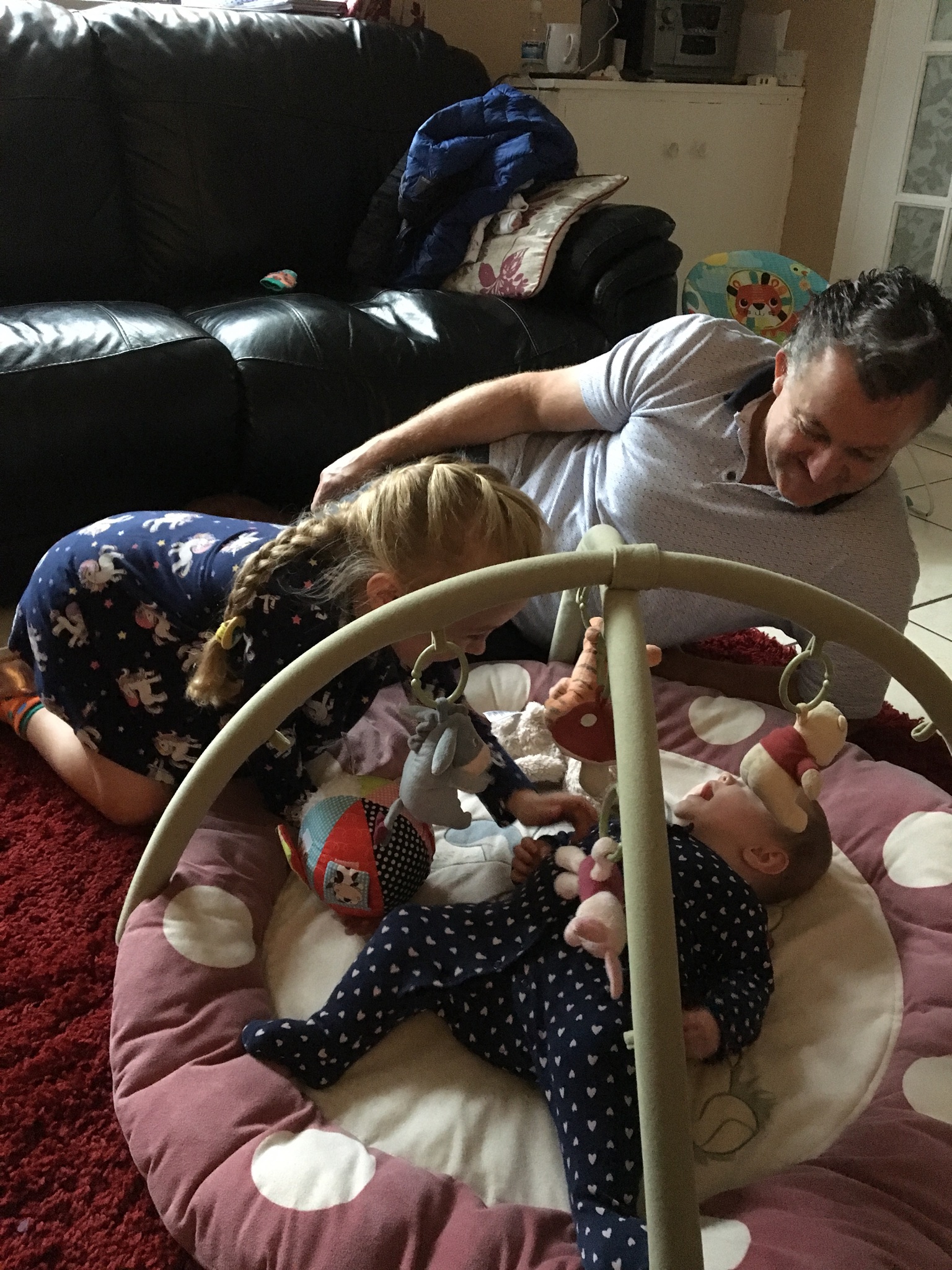 Meeting your child for the first time during adoption introductions is a whole mix of emotions. Logistically, it can be hard working out things like meals (for you and your child) clothing, where to go and how you’ll get there. If you’ve already got a child, it gets even more complicated. Planning is definitely the key. As is asking as many questions as you can beforehand about what’s expected in terms of meals, snacks, travel and clothes.

Here’s our experience of introductions with our youngest daughter, when our eldest was four years old.

How old was your child when you met them?

Our youngest was five and a half months old. She was just trying to sit up and was teething.

What did you do to prepare for meeting your child?

We did the same as we’d done for our eldest but with her included. A4 laminated photos of us and our eldest. We slept with a snuggle toy and our eldest picked a cuddly toy and slept with it for a few nights. My mum made a fabric photo book of us and our immediate family. As it was made from fabric, our daughter could play with it on her own safely. It was lovely to see it covered in gunk and dribble when we met her.

Two weeks. With our eldest it was just over a week. I was glad of the extra week between panel and introductions with our youngest. Due to a ridiculously long wait to get our DBS checks back, we’d missed our original approval panel date. That meant we did approval and matching panel on the same day which I found very stressful. Having a couple of weeks to sort everything out helped me gain a little bit of control back.

Before panel. We had to factor in when our eldest was going to join in so there was more discussion needed than there’d been for her. 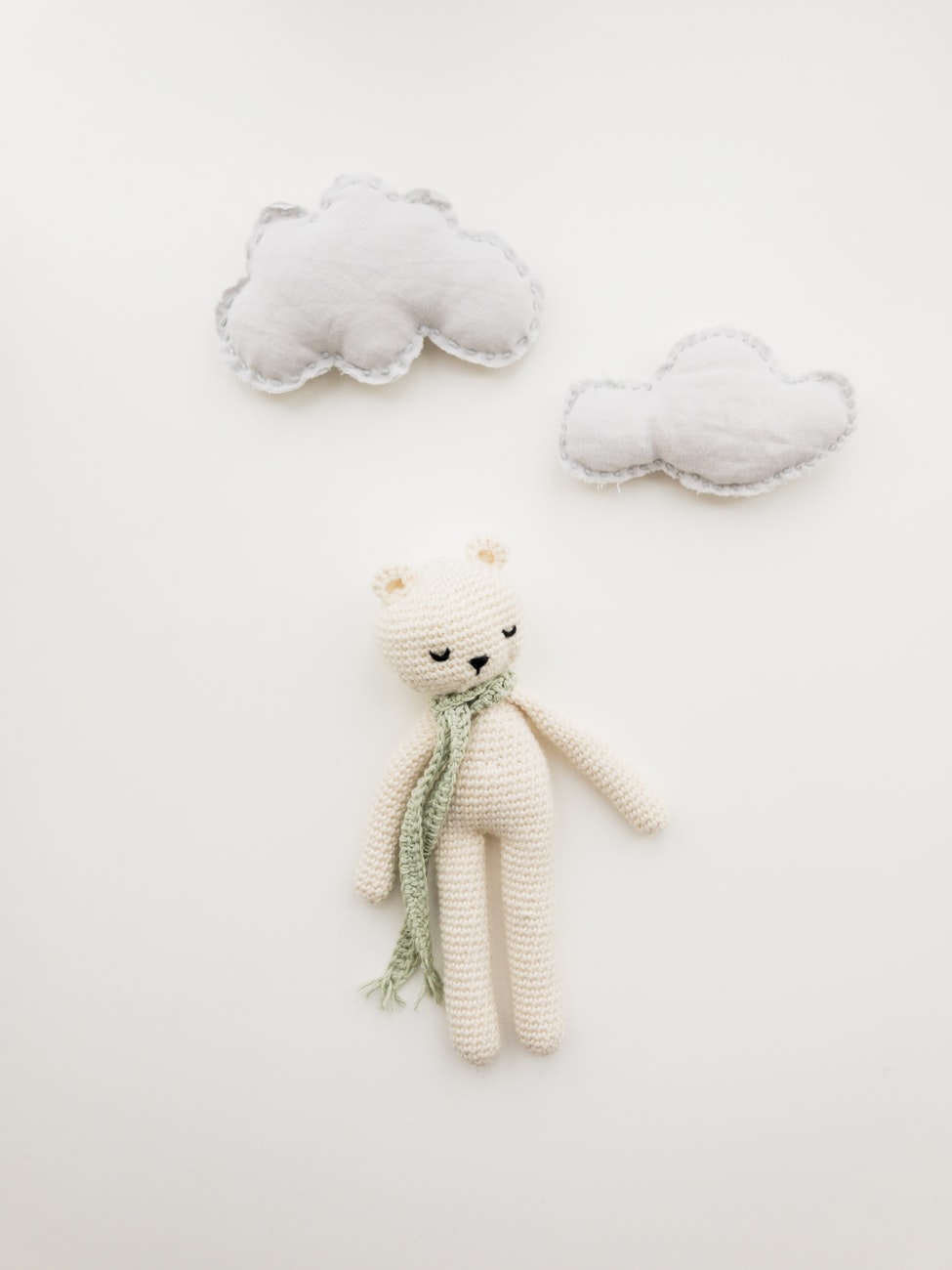 Did you have far to travel for introductions?

No. The foster family lived about 15 minutes away from us.

We’d agreed that it would be best for my husband and I to meet our youngest on our own for a couple of visits before we introduced our eldest to her. Eldest had just started school and we didn’t want to disrupt her routine.

Originally we’d said we thought introductions should start during half term so that eldest would be off. It was decided that although it was only a couple of weeks later than the local authority’s plan, that was too long for youngest to wait.

I was very nervous about how this would work with eldest. It meant youngest was home for a few weeks before half term. In the end it worked out for the best as it gave my husband and I time to bond with youngest on her own while eldest was at school.

Day one was a Thursday and just my husband and I. We had a planning meeting at the council offices first (which we were late for because of traffic!). Then the foster carer left the meeting first to get youngest ready and we followed on to her house.

When we met our eldest for the first time, I felt a connection with her, but it took me a long time to love her. I wrote about how I felt in this blog published a few years ago and was expecting to feel the same with youngest. I didn’t though. She looked very like her sister did at that age and I loved her from the second I saw her.

We stayed at the foster carers for a couple of hours. They were the same foster family who’d cared for eldest so it was lovely to catch up with them. They’d never moved on sisters separately before so it was a lovely experience for them too.

I was actually more nervous starting introductions with youngest than I was with eldest. With eldest we had no idea what to expect but we were newbie parents so it didn’t feel like anyone expected us to know what to do. With youngest, people kept saying we were experienced parents and adopters. That meant they thought we knew what we were doing. That terrified me. It felt like I had no clue what I was doing most of the time.

Knowing the foster carers and being in familiar surroundings definitely helped. I still got a fright when I saw our photos plastered all over the house though!

We met her on our own again on day two. We stayed at the foster carers and we were pretty much left to it with the foster carer in the next room. Once again the foster family had done a brilliant job of using our photos and the photo book to help youngest feel at ease with us. She was happy to be in our company straight away.

Day three was a Saturday and is when our eldest met her sister. She was so, so excited. Writing this now brings back so many emotions from that day. The foster family were excited to see eldest, and foster dad wanted to answer the door to us holding youngest so he could see her face when she saw her baby sister for the first time.

I was excited but also terrified that eldest hadn’t really understood what was going to happen, and decided she didn’t want a sister!  The main reason we’d said yes to being assessed for youngest was so that they could grow up together.

I needn’t have worried. Eldest blew me away when she met her sister and coped with everything so well. She adored her from the second she saw her. And youngest was so excited to meet her big sister too. That day will always be one of the most emotional days of my life.

We stayed at the foster carers house for a few hours and then came home. We went back again late afternoon to help with bedtime routine. Eldest was very keen to help!

Day four. I think it would’ve been a day earlier had we not had a few days with her on our own.

The foster carer brought her to our house about 10 ish. She had a quick look at her room and stayed for about 20 minutes and then left us to it for the day. We had our first family trip to the park where we’d spent a lot of our time during introductions with our eldest. It was a lovely day and eldest coped so well with everything. We all took youngest back to their house for bedtime routine. 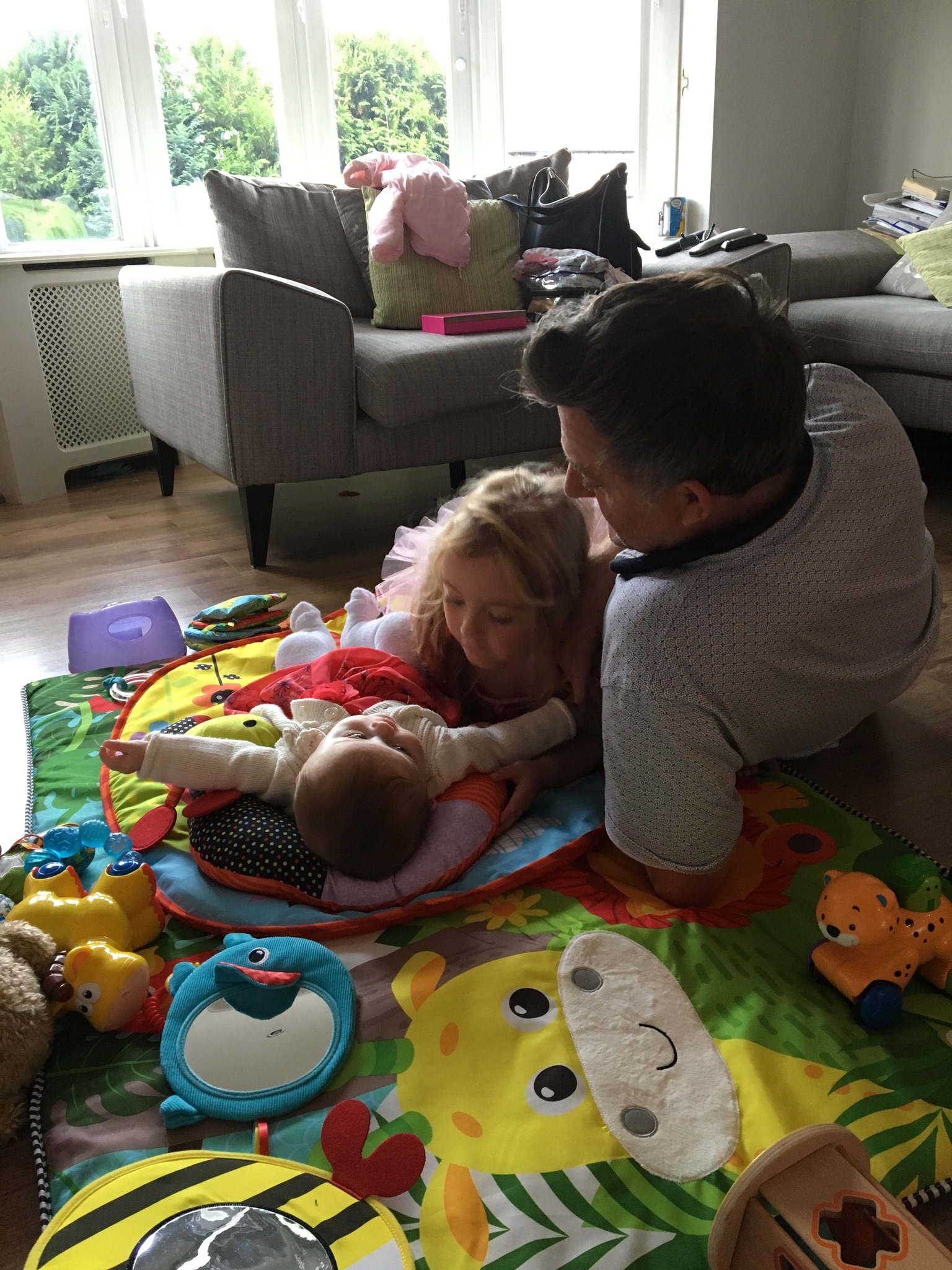 The following day was a Monday so we took eldest to school and then went to collect youngest from the foster carer’s and bring her home for the day. I was worried eldest wouldn’t want to go to school, but we’d promised to bring her little sister with us to collect her so she was actually fine about it.

We’d talked to her teachers about what was going to happen and they were brilliant. They were really excited to see her with us in the yard collecting eldest.

Did you have any contact with yours or your child’s social worker during introductions?

Yes, they both checked in regularly either by phone or email to check everything was ok.

Did introductions last as long as planned?

Yes. We brought youngest home forever on the Tuesday. It was exactly four years to the day after we’d met eldest for the first time so everyone was keen to keep to that date so that it was special for both children. Six days doesn’t sound like very long to get to know a child, but it was just the right length. Youngest was starting to get distressed when we took her back to the foster family at the end of each day.

Brilliantly. It helped so much that they were also the carers for eldest. We felt a lot more relaxed at their home during introductions second time around because we already knew them. I’m so glad everything fell into place the way that it did so they could look after her.

It was such a special time for them too. Foster mum said that she normally gets really upset when she starts packing a child’s suitcase to leave for their forever family, but she hadn’t with youngest. She knew she was going to live with her sister and she was so excited for them to be together.

The foster family will always be such a special part of our children’s history. I’m very grateful that the local authority made sure they had the same carers.

Were there any problems during introductions? If so what and how were they resolved?

No. Both sets were incredibly draining emotionally, but they went as well as we could have hoped for.

If you want to read more adoption stories, click here