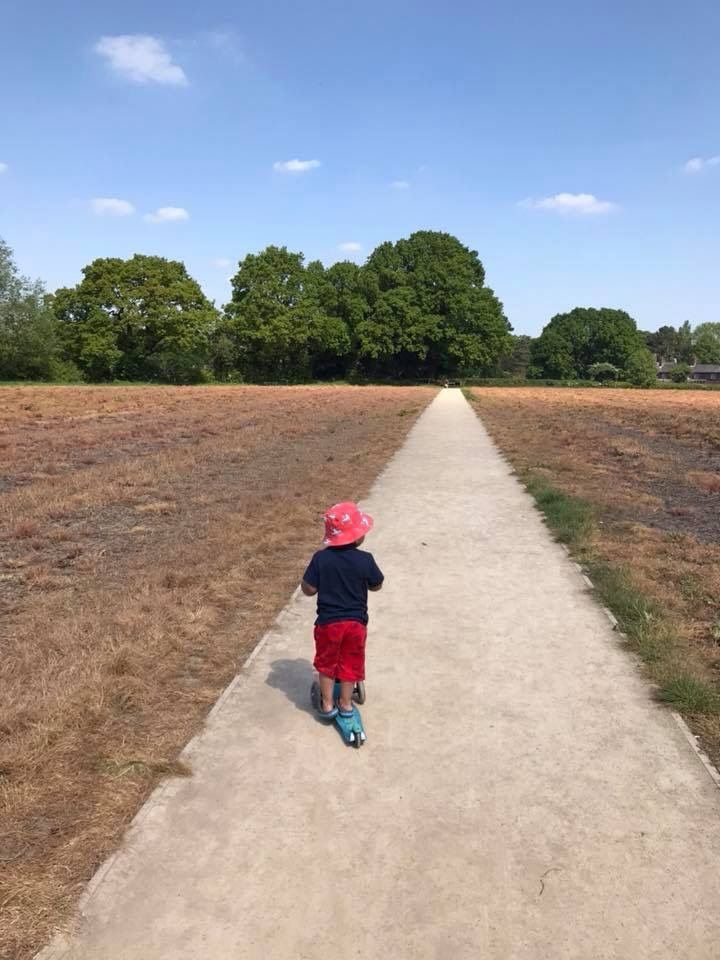 Today’s interview is with who shares her introductions experience when she met her son. You can follow her on Instagram @solomummybyadoption

How old was your child when you met them?

What did you do to prepare for meeting your child?  (e.g. photo book, slept with a toy)

So, I did a number of things. I made a picture book with very basic text including pictures of our house and the main rooms he’d use. I also did a DVD of me showing him around the house which was super cheesy 😂

He had laminated A4 pics of me in his cot and in his pram – poor kid! And finally he had a bunny with a voice box in. I had slept with bunny in my bed so it had my smell. The voice box had me reading him a bedtime story which he also had so that the foster carer could read it to him.

About two weeks I think.

Did you have far to travel for introductions?  If you did, did you stay in a hotel or travel each day?

From mine to the foster carer was about 20 miles one way. I stayed at my house but I have to say, if I did it again, I would stay nearer. Even a 40 mile round trip was exhausting with the added emotions!!

I remember it like it was yesterday! I knocked on the door and he was on the floor playing. Foster carer and his social worker were there and said ‘here’s mummy’. It felt very strange!! Social worker took pictures. I felt really awkward but C was just so cute! I only stayed for a couple of hours. I didn’t really want to leave and couldn’t wait to go back the next day.

I found introductions emotionally very hard. The foster carer couldn’t have been nicer. She was really good at letting me do things even though it must have been hard for her. But it was strange being in someone’s house, being watched, not knowing C or what he liked.

We took him out and about and I slowly got to know him a bit better. I got to take him out on my own which was very weird but also lovely. I was desperate to get to my house and be in my own space with familiar things.

He started to visit on day three.

I’d go and get him in the morning and bring him home. Time increased gradually. On day three it was just for a couple of hours and then by day six he was sleeping here and spent most of the day here.

I remember it feeling like a lot of work, mainly because it was an 80 mile round trip to get him and take him back to the foster carer’s. I also had to lug all his personal possessions back with me which included his special pillow, cot mobile and general baby stuff.

Did you have any contact with your or your child’s social worker during introductions?

Yes and they were brilliant. I couldn’t have asked for more. They made contact but were also sensitive to allow us time and space to get to know each other! I was mainly texting his social worker and spoke to mine on a couple of occasions.

Did they last as long as planned?

Yes. Planned for seven days and on day seven he moved in forever.

K was lovely! We got on really well and still do! She was very good at letting us get on with it. I felt very welcome in her house and it was clear she adored C and had given him the best start that she could. Even though introductions were very hard work physically and emotionally, I think they went as well as they could.

Were there any problems during introductions?  If so what and how were they resolved?

No issues really! I feel very lucky that it all went so smoothly. I’ve never been so tired in my life, even since he’s arrived and we’ve had sleepless nights. The emotional energy is on another level!