I’d always thought I’d have 2 children. I’ve got a sister and I can’t imagine my life without her. We share so many memories, good and bad, from our childhood. I was heavily influenced by her in so many ways like music and fashion. My love for Duran Duran and Tears for Fears are mainly down to her. I learned so much about life and living from her and also how to be a good parent when she had her 2 gorgeous girls.

When we started out on our adoption journey, I knew we weren’t up for adopting a sibling group straight away. I just couldn’t imagine being able to cope having 2 children placed with us of different ages and meeting their very different needs adequately. I couldn’t imagine that at all and didn’t think we were capable of it. I know plenty of people do adopt sibling groups and I completely take my hat off to them. I think they are utterly amazing. As is any parent who has more than 1 child.

Part of the adoption process is to accept and know your limitations and be honest about what you can cope with. We knew ours and despite our social worker’s best attempts, we stuck to our guns and asked to be approved for one child initially. However, I always thought we’d adopt again. A full sibling in the future would obviously be ideal but I definitely wanted a sibling for our little girl.

It’s funny how you dream about something happening and you think you know how you’ll react and then the reality is the polar opposite. About 14 months after our daughter came home I got an email from our social worker to say birth mum had turned up at hospital 35 weeks pregnant.

It was the beginning of December and the week after I’d gone back to work following a blissful 13 months off getting to know our little girl. She’d started nursery a few weeks before and was really struggling with that. She loved being there once she settled, but leaving her was awful and I often ended up in tears driving away.

I instantly went into auto pilot after I read the email, telling myself this was exactly what we’d hoped would happen. At that stage the plan was for baby to be placed with us from hospital and we’d be fostering to adopt so that the new baby would have as little disruption as possible.

Unfortunately, birth mum’s circumstance hadn’t changed at all since she had agreed to little Miss being taken into care the day after she was born. It was therefore pretty inevitable that the plan would be adoption for the new baby.

The next few weeks were emotionally the hardest of my life. I was trying desperately to convince myself that being considered for the new baby was what we wanted and the right thing to do. It would be a new born baby. How on earth could I say no to that? I had long ago given up the dream of getting pregnant and was at peace with that, but having a new born baby placed with us would be amazing.

Christmas that year was a bit of a blur. I was going through the motions while I was desperately trying to battle with what I knew in my heart was the right thing to do. I just didn’t have the courage at that stage to accept it. I was ill and made myself worse while I battled with my conscience. Throw a horrendous panic attack in the middle of one night into the mix and I knew I had to be honest with myself and accept that what I thought was my dream actually wasn’t.

At first I felt like a really bad, selfish person for feeling that way. Accepting that it wasn’t the right thing for us as a family to take on the new baby was one of the hardest things I’ve ever done. To everyone on the outside it probably seemed like the perfect way to complete our family. At first I really struggled with what I thought others would think if we said no.

It wasn’t that nature had made the decision for us that we couldn’t give our daughter a sibling. By saying no, we were making a conscious decision that our daughter wouldn’t know her little brother or sister during her childhood. How could we say no and effectively take away the chance she had of growing up with her sibling? Surely she has a right to that? She already has 5 other siblings that she won’t be able to grow up with. What right did we have to deny her this chance to grow up with another sibling?

Just because on paper it is a perfect solution doesn’t mean that it is in reality. I’m in my mid forties and my husband isn’t far off his mid fifties. Some agencies wouldn’t have let us adopt a child as young as our daughter was (she was 9 months when she came home) and it really felt like we’d be pushing our luck too far in taking on a new born baby as well. Our daughter made our family feel complete and we want to make sure she reaches her full potential, whatever that is. It didn’t feel like we’d be able to help her do that with another baby.

At first I felt I was letting our daughter down so badly by saying no. In my heart though, I knew it was the right decision for her and for us. We don’t know what the future holds in terms of her development. No-one knows how their kids are going to grow, but we knew that she was unsettled and struggling with the changes that nursery brought. I was struggling massively being back at work. I found going back very, very hard and I wasn’t sure that I would be strong enough to do it a second time, particularly as we couldn’t afford for me to be off for a year again so my second adoption leave would be much shorter.

Once I let go of my guilt, particularly about what others would think, I started to feel better about our decision. Just because others can cope with a second child quickly after the first, however it happens, doesn’t mean that we could. There was no shame in admitting that.

Our social worker was, as always, lovely and didn’t question our decision or try to persuade us we should reconsider. That meant a lot to me and helped me accept we were making the right decision.

A lot of people said it was just not the right time for us and to start off with I agreed with them. Actually though, it might never be the right time. We were meant to be parents to our daughter and we were meant to be a family of three. It feels right just the three of us. We are a team looking forward to the adventures that lie ahead as we explore what the future holds.

I’ll always feel guilty about our decision though. Not because I feel it was the wrong one. It was absolutely the right decision for us all. Our daughter is getting the best of us and our full attention. Her little brother is living with a forever family not far from where we live and I’m sure he’s thriving. I feel guilty though because we decided that she couldn’t grow up in the same household as him.

When she’s old enough we’ll explain to her why we made the decision that we did and why it was the right one for our family.I just hope that she agrees. 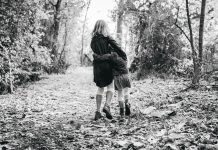 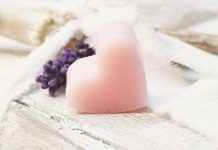 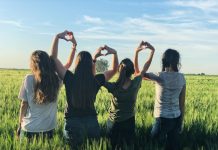 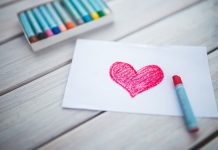 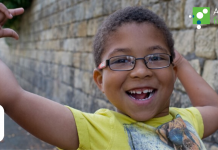