In an ideal world, there’d be no need for adoption. All adults would have the skills to be able to parent safely. When problems arise, there’d be the right help and support available quickly to get things back on back on track.

Unfortunately, we live in a world which is very different to one which is ideal. Some adults don’t have the skills to be safe parents. They endured trauma in their own childhoods and use those experiences in the way they parent. Some adults are susceptible to addiction. Some are unable to keep themselves safe from dominant partners.

The lack of appropriate, timely support is wrong, but it’s something I can’t change. When a court decides that it isn’t safe for a child to live with their birth family, adoption is often the only alternative. Those children need a safe, loving home environment so that they can reach their potential and learn to understand their history.

There are a lot of myths and misconceptions about the types of people who can adopt. The new #YouCanAdopt campaign aims to dispel those myths and encourage anyone thinking about adoption to take the first steps. Here’s some more information about what the campaign is all about:

A coalition of National, Regional and Voluntary adoption agencies across the country, supported by the Department for Education (DfE), have joined forces to launch a nationwide recruitment campaign to raise awareness of adoption.

In the UK, there are almost 3,000 children that are in need of an adoptive family[1] and the number of adoptions in England has fallen by a third in four years.[2] In response, the new #YouCanAdopt campaign will bust myths around who is eligible to adopt and explore what the adoption process involves as well as highlight that, especially during the COVID pandemic, there are still children out there who are looking for their new family.

Earlier this year, a new report revealed that over four in ten (45%) adults in the UK have considered adoption or would consider adoption in future.[3] But, despite this, over six in 10 (62%) adults do not feel they know much about the adoption process3 and this lack of knowledge may contribute to many people not taking the important first step.

With four in 10 (40%) people admitting they do not know if they are eligible to adopt and less than a third (29%) thinking they wouldn’t be able to, the new campaign aims to increase the number of people taking the first steps towards adopting a child.3

Some of the biggest misconceptions around eligibility are that single people, older people, and those who are LGBTQ+ are not allowed to adopt, which is not the case. The new data revealed that participants felt the following groups would be either ineligible to adopt or were unsure if they were eligible to adopt; over the age of 50 years old (65%), single (46%) and LGBTQ+ (35%).3

The #YouCanAdopt campaign also aims to target potential parents from Black, Asian and Minority Ethnic backgrounds, as these children traditionally wait longer to be matched with a new adoptive family. The campaign aims to encourage potential adoptive parents to also consider adopting older children, sibling groups and those with complex health needs or a disability.[*]

To help shine a light on the diverse range of families who have and can adopt, a new emotive film has been released featuring singer Sinitta and TV vocal coaches Carrie and David Grant alongside other families who are joining in encouraging others to consider adoption. You can view it here.

In the film, the adoptive families recite a poem written by comedienne, writer and adoptee Joy Carter, which brings to life the stories of each of the families: the highs, lows and realities of adoption. 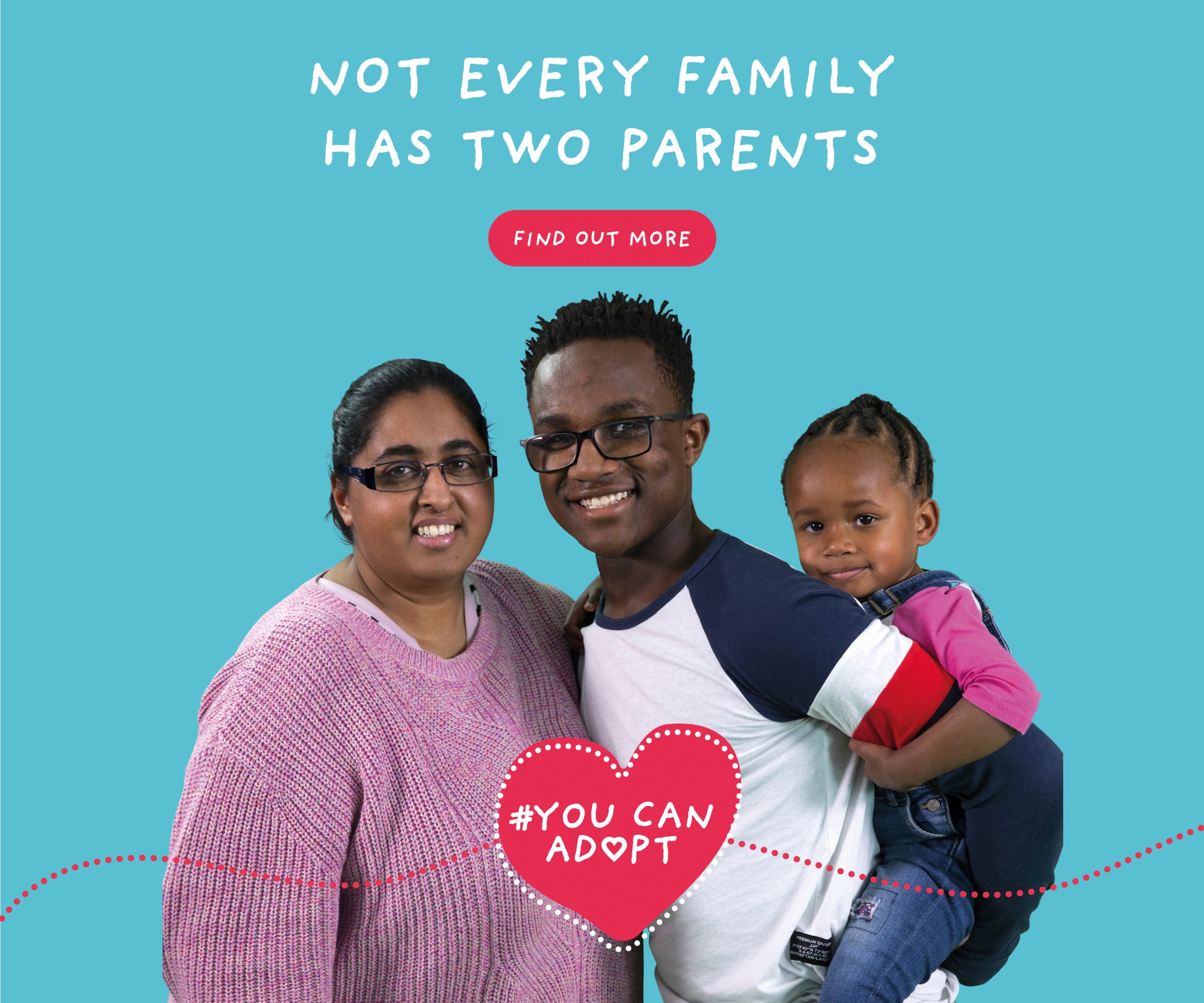 The film also dispels some key misconceptions about adoption using a recurrent theme – you can adopt. It is being released online and across social media during the campaign.  A podcast series is also being released, featuring famous voices such as Anna Richardson, Sinitta, Harry Derbidge and Annie Price, who talk to families about the adoption process and the journey they took to adopt their children.

A survey of adults who have already adopted showed that collectively, more than two thirds (66%) of people said a loving home and to be able to provide stability are the two most important things a person needs before adopting a child.[4] Almost half (44%) of people said their adopted child felt like part of the family within just a month and of the respondents that had biological children as well as an adopted child, three quarters (75%) reported a strong relationship between the siblings.4

The adoption process has evolved over the last few years; it is simpler and quicker than it has been previously and there is a lot more support available with over three quarters (76%) of adoptive parents finding the support and resources helpful.4

Sarah Johal, member of the National Adoption Recruitment Steering Group and Head of One Adoption West Yorkshire, said: “The future of many children depends on adults exploring adoption and taking the first step towards becoming an adoptive parent. We need to address misunderstandings and outdated views to ensure that nobody is discouraged from taking the first important step towards adopting a child. Some people assume that because of their age or marital status they won’t be able to adopt, but that is simply not true, adoption is a choice for people who want to become a parent. There is a very wide range of people who have the motivation, commitment and love to be a great parent and there are many children all over the country who are waiting for an adoptive family to improve their lives for the better. Some people may be worried about adopting in the current climate, but there are children waiting to be adopted, and systems and support in place to ensure that assessments and preparation can be conducted safely.”

Sinitta, singer and mum of two, said: “I would definitely encourage others to consider adoption. I always knew I wanted children and I tried everything from IVF to surrogacy to have them. All of those journeys led to heartbreak, except adoption. The feeling of finally becoming a mother was almost indescribable; it’s just everything. It was everything I wanted and more. I love my children more than anything and I always say that love is thicker than blood.”

Carrie Grant, vocal coach, TV presenter and mum of four, said: “Our adoption journey began over eight years ago when we adopted our son, Nathan. We already had three biological children, but we had room in our hearts and knew we had the opportunity to offer another child a loving home. Adopting our son wasn’t an easy thing to do, but it was the right thing to do and a fantastic thing to do. He’s a Grant now, every bit as much as his sisters. I’d encourage anyone thinking about adoption to take the first step and find out more. It’s been such an incredible journey for our family.”

Joy Carter, writer, comedienne and adoptee, said: “It was a pleasure meeting all the different families and collaborating with them on this project. I was adopted when I was a baby, so the stories they shared with me really resonated. Every child needing adoption has a story and I hope by bringing some of those stories to life, people realise the difference they can make if they choose to adopt. I hope the poem and video will help encourage people to register their interest in adopting and help a child find a forever home. I’m really lucky that my parents gave me mine.”

#YouCanAdopt. To find out more visit www.youcanadopt.co.uk and begin your journey towards growing your family. The campaign runs from Wednesday 16th September to Tuesday 8th December 2020.

Many myths appeared during the survey:

[2] Department of Education. Children looked after in England including adoption: 2018 to 2019